In response to the directives of UAE President His Highness Sheikh Mohamed bin Zayed Al Nahyan, and under the supervision of Sheikh Hamdan bin Zayed Al Nahyan, Ruler’s Representative in Al Dhafra Region and Chairman of the Emirates Red Crescent (ERC), the UAE has established an air bridge to Khartoum to transport relief aid and shelter materials for Sudanese victims of the torrential rains and flooding. 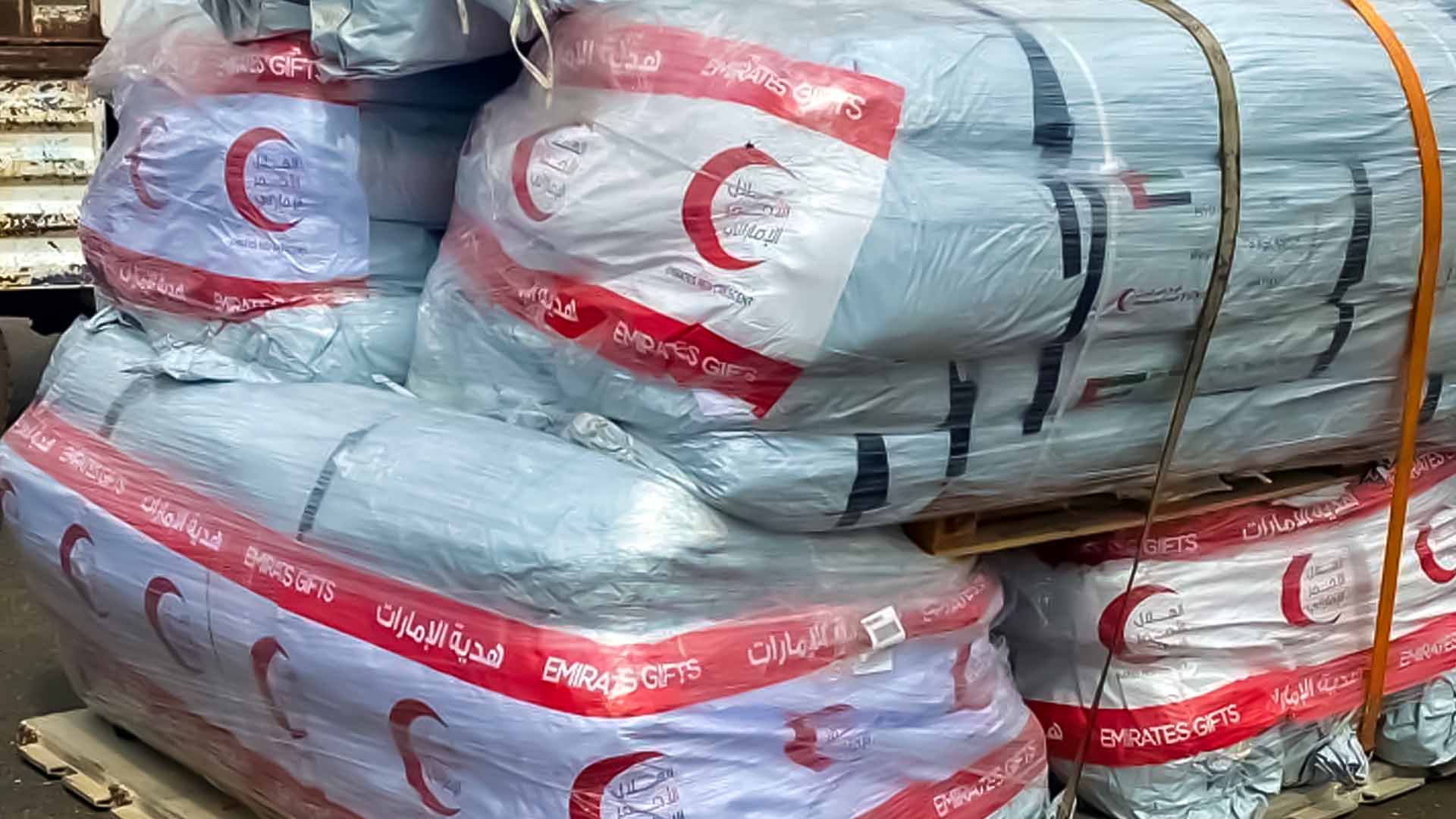 Several shelter materials weighing 30 tonnes have been loaded onto the first aircraft, which will be followed by three additional aircraft. ERC has already set up base in Sudan to provide support and assistance to victims, and supervise the relief program, which has been underway for several days. Over 140,000 victims and displaced persons will receive aid through the air bridge across several Sudanese states, including Blue Nile, Khartoum and Gezira.

In addition to tents, 28,000 food and medical aid parcels, 120 tonnes of shelter materials, and urgent relief materials, the relief supplies will also aid the Sudanese and other relevant entities in containing the crisis by improving living conditions for the affected population. From local markets in Sudan, the delegation has acquired large quantities of humanitarian aid. Soon after the crisis began, the ERC delegation arrived in Khartoum and travelled to the most disaster-affected states, including Blue Nile and Gezira.

As FIFA lifts the ban on Indian federation, the U-17 World Cup will proceed

Suicide bomber kills 20 and injures 96 at mosque in Pakistan

World in a better place after four years of pandemic –…

Large round of layoffs is underway at Goldman Sachs

Google is planning to lay off 12,000 employees

Microsoft will add ChatGPT to its Azure cloud services in…